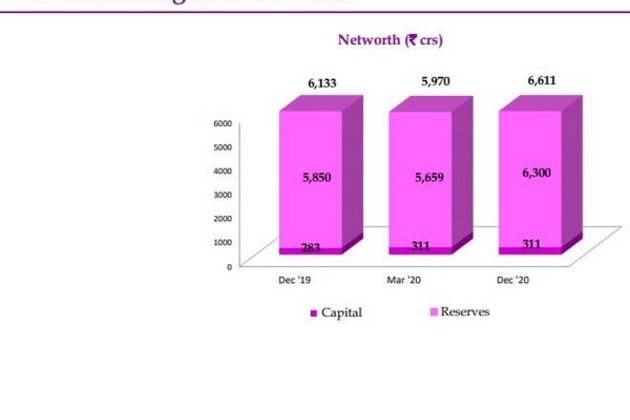 Mangaluru (Karnataka) [India], Jan 12 (ANI): Karnataka Bank on Tuesday posted a net profit of Rs 135 crore for the third quarter of the current financial year, marking a growth rate of 9.93 per cent as against Rs 123 crore during the corresponding quarter of the previous year.

For the nine months period ended December 2020, the bank posted a net profit of Rs 451 crore as against Rs 404 crore for the corresponding period of last year with a year-on-year growth rate of 11.53 per cent.

The operating profit during Q3 of current financial year was at Rs 438 crore. For the nine months period, operating profit stood at Rs 1,615 crore as against Rs 1,265 crore for the corresponding period of previous year with a growth of 27.67 per cent.

"Our efforts to realign the asset portfolio towards retail and mid-corporate advances is paying desired result as they have grown at the rate of 9.75 per cent year-on-year," he said in a statement.