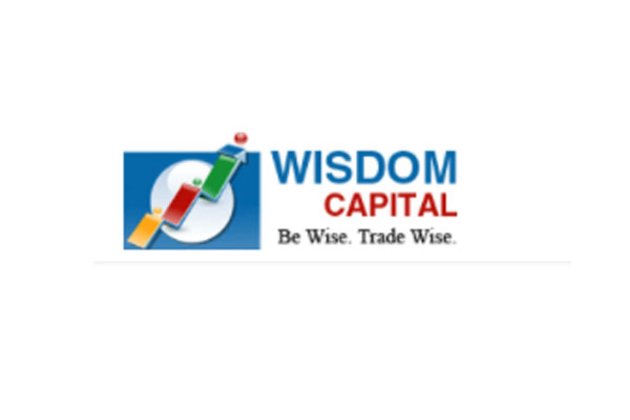 Noida (Uttar Pradesh) [India], January 13 (ANI/PRNewswire): Wisdom Capital, an online marketing and stockbroking services provider, has reappealed in Delhi High Court in the connection with the 'Peak Margin' SEBI Circular- one of the many landmark decisions taken by SEBI in 2020 that have bordered on, for the lack of words, discomfiture.

As a result, Wisdom Capital has requested a time bound early hearing from the courts citing that intentional delay in filing a response may defeat the very purpose of the writ petition. In the hope that all is not lost for the investors and financial intermediaries, the company moved the court as there is no response, even after four weeks as ordered by the court, to the notification sent by court to SEBI and Union of India (see writ petition civil no. 9698 of 2020).

Wisdom Capital maintains that the circular also infringes on the constitutional rights of the investors, brokers, and companies directly involved in the financial markets under Article 14 and Article 19(1) (g) of the Constitution of India and that the circular is against the will and provision of Section 11 of the SEBI Act. As per the act, SEBI was setup to regulate the market and create policies for the development of the financial markets. More recently, the Board seems to be focussed on regulation than development; an unbalanced approach may lead to obliteration of established markets. The company has requested an early hearing from the authorities.

"If the company is not provided an early audience, it will suffer an intangible loss of opportunity, one that cannot be quantified in monetary terms," said Deb Mukherjee, CEO, Wisdom Capital. In its application, the company has sought directions from the court to revoke the SEBI circular at the earliest; the company opines that the SEBI circular on Peak Margin restrictions is subjective and inclined towards the interests of a handful of resourceful market players.

Given the current market exuberance, it is easy to miss the 'inclined toward the bigwigs' argument but an old phrase, 'God is in the details', becomes even more relevant. Market data suggests that biased view argument may hold some water. Normally, if all the variables are operating optimally and there is no radical information to rattle the markets, the volumes in the financial markets exhibit a monthly growth rate of nearly 10 per cent over the previous month.

In addition, whenever market are bullish or bearish, the same growth rate can easily touch (/-20 per cent). And when the bazaar breaches a new territory in extreme bullishness (as is the current scenario), the growth rate becomes over 30 per cent.

However, the impugned SEBI circular has not only arrested the growth rate but the 'effective volume' is down by more than 28 per cent. Had the SEBI circular not been in place, market scenario would have been way different, particularly for the retail inventors who, despite the attractiveness in the markets, are nervous, weary, and, as a result, not able to participate in the market.

The recent NIFTY rally in the market took just 37 days to reach the 14000 mark from 13000. Despite being the fastest rally in the last 5 years, the equivalent volume increase in the markets is, in fact, negative (see Table A below).

Few authorities may argue that the market is doing just fine, people are trading as usual, and that the bullishness in the markets are testament to it. But that is half the story told. There is hardly any mention of the volumes in the markets. Saving few regulatory compliance hiccups, the volumes in the Indian financial markets have shown an upward trend in the last 5 years (see Table A below). However, over the last one year, from January 1st 2020 to January 1st 2021, the volumes have declined by over 10 per cent.

As a result of SEBI Circular on Categorization and Rationalisation of MF schemes, dated 06 October 2017Besides, the new highs that the markets have attained are largely on account of bullishness fostered by news such as availability of the CoronaVirus vaccine and the government's plan to administer the vaccine to the masses. Bullishness in the markets does not say a great deal about the volumes. In the current bullish market scenario, what bullishness has managed to do with authority is as follows: Discounted the importance of volumes in the markets.

Despite this variance, media is flooded with articles, videos and blogs which claim that the markets are perfectly efficient. If that were not the case, why would references be made about how a few of the brokers have moved the court against the Peak Margin SEBI circular (see article-Investor concerns have persuaded Wisdom Capital to reappeal and request an early hearing in connection with the Peak Margin SEBI circular. While it may be appealing to many others, following the Ostrich strategy (of hiding its head in the sand and pretending there is no imminent danger) is not what Wisdom Capital postulates.

The current decline in volumes in the market is a matter of grave concern; the stakeholders, particularly the investors, are already nervous about it. What will the final phase of the SEBI circular bring about for the investors? Only time will unravel.

This story is provided by PRNewswire. ANI will not be responsible in any way for the content of this article. (ANI/PRNewswire)