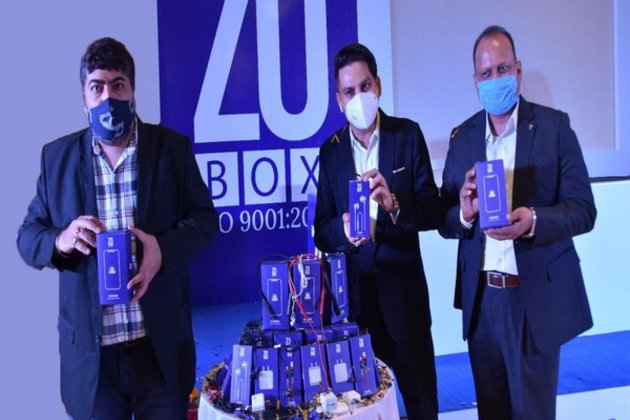 Ahmedabad (Gujarat) [India], June 10 (ANI/PNN): As we have seen, the renewed smartphone market in India grew a healthy 9 per cent last year. The second-hand market is being mostly captured by renewed phones.

This market has been growing at more than 200% year on year and is the largest product classification in the renewed arena. Zobox - India's First Renewed Mobile PhoneIT Products Retail Chain has identified this as an opportunity and has made a revolutionary move by launching 2 stores at Nadiad and 1 store each at Pansora, Junagadh, and Savarkundla cities of Gujarat.

With this, Zobox is all set to bridge the gap between the customers.

Zobox has tapped India as the fastest-growing market for renewed or used Smartphones and is determined to change the face of the renewed mobile retail segment in India by creating benchmarks in customer satisfaction in the retail industry.

Zobox is providing excellent options for the customers and also aims to capture the unorganized Indian market in a highly organized manner. A wide range of products such as laptops, tablets, desktops, and mobile accessories besides mobiles is available on sale. This will empower customers to explore the electronic gadget of their preference.

In a recent Press Conference, Neeraj Chopra, Founder, Zobox Retails Private Limited said, "The main purpose of establishing Zobox is to organize the renewed electronics market. We are very different as a customer will get a bill in their name on the renewed mobile and the after-sales service will be given from the company's service station.""Also, Covid-19 has pushed millions of users to buy more and more second-hand gadgets. The frequency of mobile usage has increased exponentially in the past year and people have engaged in their day-to-day activities. According to the study, 36% of the respondents invested in renewed gadgets due to the need for remote working, followed by requirements by family members. It also enables people to buy a mobile of their choice and in their budget." He added.

Zobox is planning to expand in the other States as well, targets to open 100 new stores in Gujarat in 2021, and plans to open around 2000 stores across India in the coming 5 years.

Zobox is openhappiness and calls itself sastemobilekaadda is all set to conquer the Mobile PhoneIT Products Industry. Zobox is creating a benchmark in theFor more information, kindly visit: https://zobox.in/ilovezobox recommerce itkingrefurbishmentusedmobilephonesusedcomputersusedlaptopsredmioppo samsung vivo renewedgadgets realme iphoneThis story is provided by PNN. ANI will not be responsible in any way for the content of this article. (ANI/PNN)