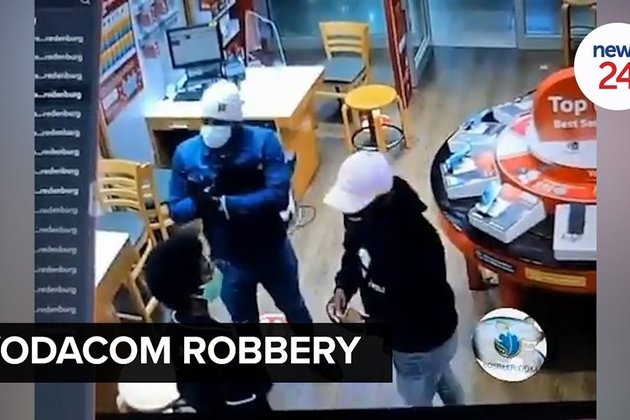 CCTV footage from inside the store shows one of the suspects pulling on a pair of black gloves. The men then appear to force the shop attendant behind the desk and out of the camera's view.

Another suspect arrives with a shopping trolley and follows the others behind the desk.

Police spokesperson Colonel Andrè Traut in a statement, said the incident happened at around 17:50 last Tuesday.

"Four armed suspects fled with cash and cellular telephones in a silver Audi and are yet to be arrested," the statement said.