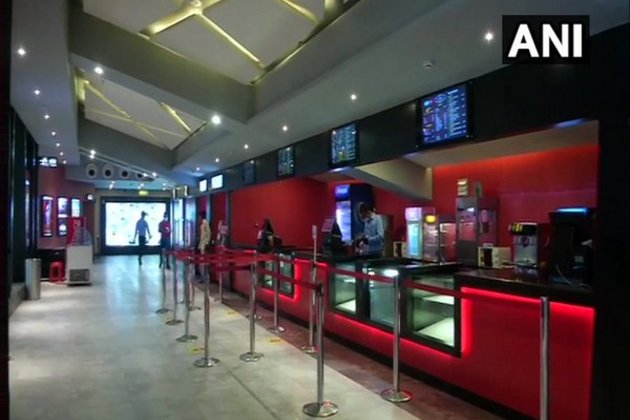 New Delhi [India], July 24 (ANI): Amid declining COVID-19 cases in the national capital, the Delhi government on Saturday issued orders allowing cinemas/theatres/multiplexes to reopen with 50 per cent capacity from 5 am on July 26.

As a part of unlock-8, the Delhi Disaster Management Authority (DDMA) in its guidelines also permitted the Delhi metro to operate at 100 per cent capacity. Even buses plying within the metropolis, including DTC and cluster buses, have been allowed to run at full capacity.

However, in an official statement, the Delhi Metro Rail Corporation (DMRC) said that standing travel inside the Metro still continues to remain prohibited as per the revised guidelines.

Earlier, metro and buses had been operating at 50 per cent capacity.

The cap of 50 persons for wedding ceremonies has also been increased to 100 persons.

Funeral/ last rites related gatherings have been permitted with a ceiling of 100 persons instead of the earlier capped number of 20.

Spas in the national capital have also been allowed to reopen, however, subject to restrictions.

As per the order, restaurants are allowed upto 50 per cent of the seating capacity from 8 am to 10 pm. Meanwhile, all markets and malls have been permitted to open between 10 am and 8 pm.

Religious places are allowed to open but visitors' entry has been banned.

Stadia/ sports complexes will be permitted to open without spectators, subject to strict compliance of SOP, said the DDMA's order.

Earlier, in unlock-7 of the Delhi government, DDMA said that no permission from the latter is required for holding training programmes such as Army, police, workers, skill, school and college training events.