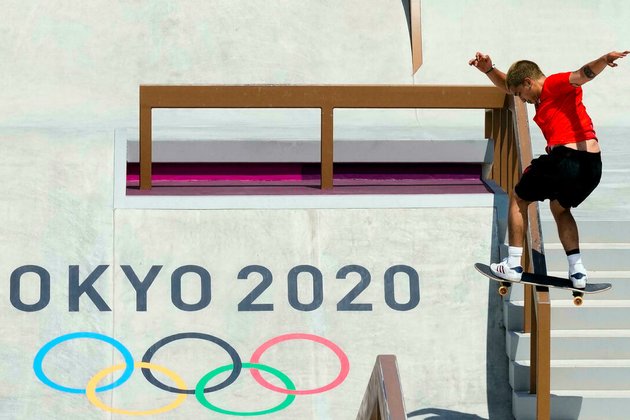 With its entry onto the Olympic podium, skateboarding faces a test of its outlaw roots. Where some see a subculture selling out, others see a sport with much more room to grow.

Frontside, backside, ollie, shove-it: from its lingo to its conventions and history, skateboarding is both a sport and a whole subculture.

"It has an athletic side, of course, but it's also a way of life," Charlotte Hym, a member of the French skateboard team, tells France 24. "There are videos, music groups, art - there's really a lot of things connected with skateboarding."

"It shouldn't be seen as a sport in the strict sense of the word," agrees Hym's French teammate Vincent Milou. "It's more a state of mind. When you start skateboarding, you don't need anything. You just leave the house with your board and you skate."

There are an estimated 3 million skateboarders in France, but only a tiny fraction - about 3,800 - belong to any kind of organisation. For most, the thought of entering a competition scarcely crosses their mind. They'd rather hang out with their friends, practice tricks, and film clips at local street spots.

"The street is really the most fun place to skate: you can unleash your creativity, try out new tricks, and use the urban landscape as your canvas," says Hym.

Long viewed as an outlaw activity by skaters and non-skaters alike, skateboarding is still greeted with suspicion by much of the public. Since its early days, it's been banned in many public places, and skaters continue to face off regularly with police and security guards.

At the same time, skateboarding has gradually gone mainstream, thanks in part to competitions like the X Games, which debuted in the mid-1990s, and video games like Tony Hawk's Pro Skater, first released in 1999. It's also flitted in and out of pop culture, from music to cinema, featuring in three major movies in 2018 alone.

But skateboarding's mainstream acceptance has reached a new level with its Olympics debut, which breaks down into two contests: park and street. Both men and women are competing for a total of four gold medals - which in itself is notable in the highly male-dominated world of pro skateboarding. Tampa Pro, one of the biggest annual US contests, did not include a women's event until just last year - its 26th year running. Thrasher, the most popular skateboard magazine, has featured only three women on the cover in its forty years of monthly issues, even as the number of women skaters has rapidly grown in recent years.

The Tokyo skateboard circuit will feature not only women like 28-year-old Hym, but two of this year's youngest Olympic athletes: 13-year-olds Sky Brown, representing the UK, and Rayssa Leal, of Brazil.

The Olympic street skating competition centers on street-style obstacles, like stairs and handrails, while the park or bowl contest hearkens back to the empty backyard swimming pools that skaters turned into their playground starting in the drought-ridden California of the 1970s.

Skate pioneers like Tony Alva were first drawn to pool skating because it reminded them of surfing, another new Olympic sport this year and the basis of much early skate culture. The image of skaters hopping fences for a chance at carving around other people's empty pools only added to the sport's outlaw reputation.

'People shouldn't start skateboarding to get to the Olympics'

Skateboarding's induction into the Olympics has only deepened the debate over whether it is a sport at all.

Setting aside its legal ramifications, many prefer to describe skateboarding as a culture or an artform, and not something to be celebrated on a podium.

Aurelien Giraud, another French team member and top contender for gold in the street contest, says it doesn't have to be one or the other.

"Those who are against the Olympic Games are those who were already anti-competition. For them, skateboarding belongs in the street," he tells France 24. "I hope that [the Games] will make more people want to do it, but at the same time, people shouldn't start skateboarding to get to the Olympics. That's not what skateboarding is at its core and it would be a shame to limit it to that."

Jeremie Grynblat, Giraud's manager, agrees that the Olympics will bring skateboarders more than it takes away.

"I think it's good news for skateboarding," he tells France 24. "We're going to have a lot more kids getting interested... so more skateparks, more recognition, and we will be taken more seriously at the institutional level. It's also enticing on a business level, I won't hide it. If we sell more boards, skate shops will do better."

In Grynblat's eyes, a similar calculus extends to the International Olympic Committee (IOC).

"Why did the IOC add skateboarding [to the Olympic program]? To make money selling TV rights. Young people today prefer to watch skateboarding than the 400 meter," he says. "We're fighting to make sure that the right people are at the heart of this Olympic project. If it ever gets taken over by people from outside the skate world, we'll probably shut the door on it."

For now, Grynblat is convinced that Olympic skateboarding is worth a shot.

"But I completely understand those who are afraid that skateboarding will lose its soul," he adds. "They're purists, committed to the idea of freedom associated with this sport, and don't want people who have nothing to do with it to appropriate it for financial reasons."