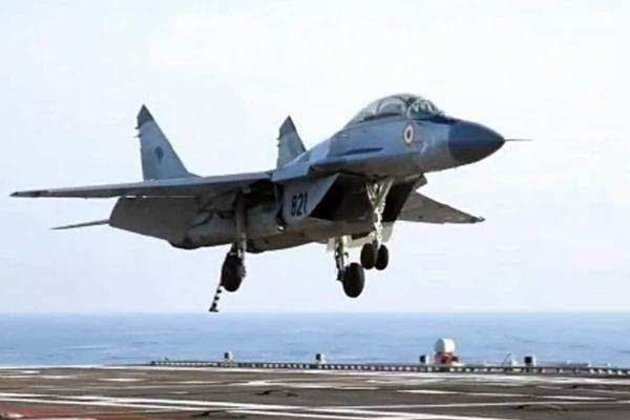 New Delhi [India], September 22 (ANI): In the USD 5 billion tenders to buy 26 combat aircraft, the report of the extensive trials of the French Rafale and American F-18 planes is being evaluated by the Indian Navy headquarters.

The aircraft is planned to be acquired under a government-to-government deal by the Navy for operations from its latest aircraft carrier INS Vikrant commissioned recently by Prime Minister Narendra Modi in Kochi.

"The extensive trial was held by a naval team in Goa for both the fighter aircraft Rafale and F-18. The report is with the headquarters and is being eventuated for final shortlisting," l government sources told ANI.

The evaluation is to see whether the aircraft has met the technical specifications of the naval requirements or not, they said.

The American aircraft are built for carriers weighing around one lakh tonnes while the French Rafale is made for 60,000 tonne-size carriers.

The Navy has MiG-29Ks which operate from the INS Vikramaditya and also don't have a very strong serviceability record and their numbers are considered to be sufficient only for one carrier.

The trial report would determine the winner of the competition which was earlier planned for around 57 planes but now has been reduced to 26 only.

The last time these two planes took part in an Indian tender, the Rafale had emerged as a winner but that deal could not be completed due to technical issues.

However, based on the final selection of the previous deal, the government acquired 36 Rafales which played a big role during the deployment against china in eastern Ladakh and other areas.

The American side has been claiming that it has improved the performance and capabilities of the plane compared to the last competition saying that they have met all requirements of the Indian Navy. (ANI)