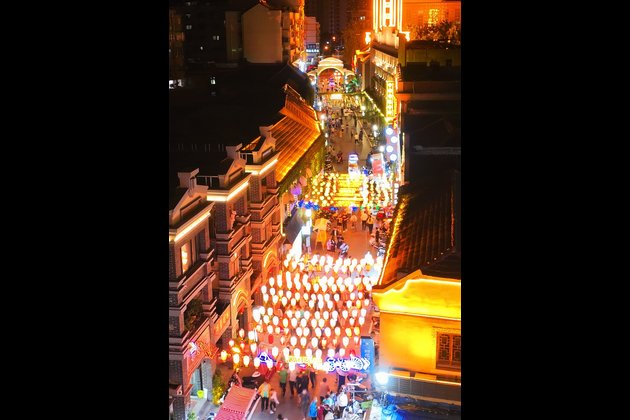 Retail sales of consumer goods, a major indicator of the country's consumption strength, hit a record high of 44 trillion yuan (about 6.3 trillion U.S. dollars) in 2021, 2.1 times the figure in 2012, according to the report released by the National Bureau of Statistics.

China has kept its economic growth within a reasonable range, which is leading to the steady growth of personal incomes, the report said, noting that the country's consumer market has great potential and resilience.

Despite the disruptions brought by COVID-19, China's total retail sales of consumer goods rose 12.5 percent year on year in 2021, and the average annual growth during the 2020-2021 period hit 3.9 percent, the data showed.

China's urban consumption logged stable growth over the past decade thanks to rapid urbanization progress. In the 2013-2021 period, retail sales of consumer goods in urban areas climbed 8.1 percent on average each year.

During the same period, retail sales of consumer goods in rural towns and villages respectively expanded an average of 10.4 percent and 9.8 percent each year, as rural residents saw their income growth surpass that of urban residents, narrowing the urban-rural income gap.

Over the last decade, online shopping has become a bright spot in China's consumer market, and it is a typical example of the country's emerging forms of consumption.