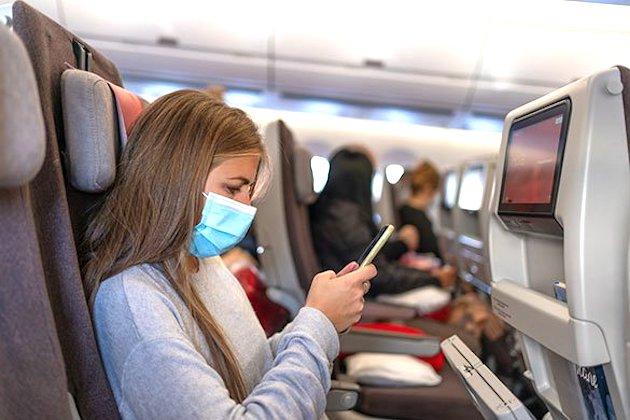 WASHINGTON D.C.: The Justice Department has requested an appeals court panel reverse a ruling made in April 2021 that declared a government order mandating the wearing of masks on airplanes, buses, trains, ride-sharing services and at airports and other transportation centers as unlawful.

A three-judge panel of the 11th Circuit Court of Appeals heard arguments on the government's appeal of a ruling by a US district court judge in Florida, which decided that the US Centers for Disease Control and Prevention did not have the legal authority to issue a nationwide travel mask mandate to combat COVID-19.

After Joe Biden became president, the CDC issued the mask mandate in January 2021.

In 2020, the Trump administration blocked the CDC from adopting a federal transportation mask mandate, according to a report from US lawmakers in October.

The CDC argued that it was necessary "to prevent the possible infections and deaths that could result if people did not do the simple thing of just putting on a mask while they were traveling," Justice Department lawyer Brian Springer stressed.

In response, Lawyer Brant C. Hadaway, representing the five people who challenged the mandate in court, noted that in 2022 the CDC had not sought a stay of the district court's ruling.

"This is not about an urgent matter of public health," Hadaway told the court, stressing that if the CDC believed the issue was a "matter of life and death, it would have sought a faster ruling."