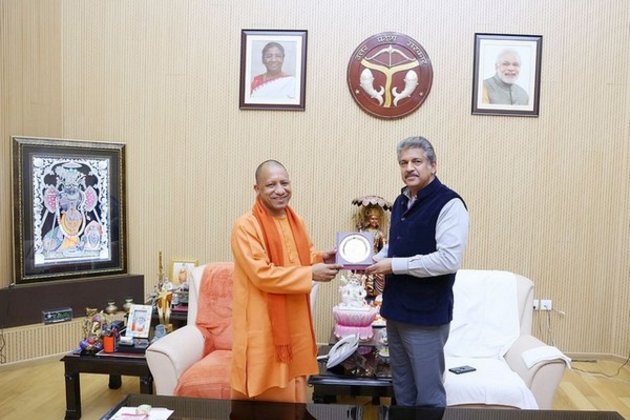 During the meeting, investment proposals from the Mahindra group were discussed ahead of the Uttar Pradesh Investors Summit 2023.

The Chief Minister apprised Anand Mahindra that the state has a huge land bank and open power access, adding all these facilities will be made available.

Describing the Uttar Pradesh government's policies as encouraging for the industry, industrialist Anand Mahindra said that the group is excited to contribute to the development of the state.

The Chairman of Mahindra Group said that Club Mahindra would be expanded at tourist places to tap the immense possibilities of tourism in Uttar Pradesh. He also said Mahindra group is keen to set up a unit in Uttar Pradesh to manufacture farm machines.

Uttar Pradesh Global Investors Summit 2023 is set to be held in Lucknow from February 10 to 12. (ANI)