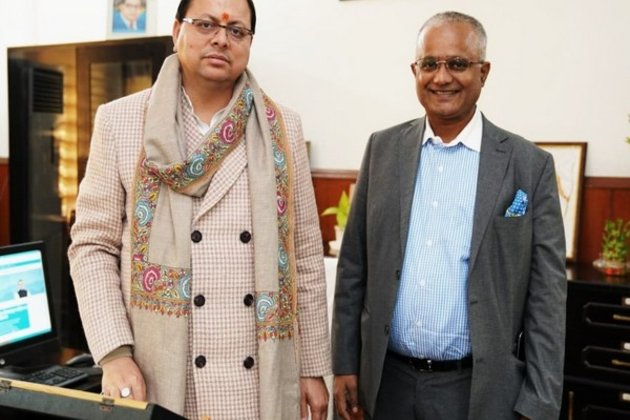 Chakraborty met the Chief Minister Dhami at the secretariat on Tuesday, it said.

He told the chief minister that 100 to 150 pre-fabricated huts would be made to help the people affected by subsidence-hit Joshimath, the statement said.

The Chief Minister said that many misconceptions are being spread about Joshimath, which is not correct. Around 70 per cent of shops are open and essential work is being conducted normally.

"Rehabilitation works are in progress. The Char Dham Yatra is to begin after four months. He said that at such a time the message should not go that the entire Joshimath area is unsafe," the CM said.

The Chief Minister said that providing all possible help to the affected people of the Joshimath area is the first priority of the state government. Instructions have been given to all the concerned officers that the affected should not face any kind of difficulty, their problems should be resolved immediately on priority.

The Chief Minister said that all the institutions of the central and state government are involved in the geological investigation of the Joshimath area. Soon a concrete action plan will be worked out in this regard. Efforts are also being made to find a permanent solution for the rehabilitation of the affected, the statment said.

The Chief Minister said that the planned development of the area is government's priority. "We have to work in this direction so that the Joshimath area, which has cultural, religious and strategic importance, should be safe, it should return to its old form and the upcoming yatra should also be completed in a well-planned manner," he said.

Prime Minister Narendra Modi is also constantly taking information about the relief work being carried out in Joshimath. He has assured full help to the victims, the CM said. (ANI)